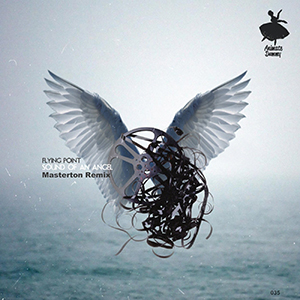 Thanks to Aidan McGlynn for his review on Change Underground:

Berlin’s Masterton steps up for a reinterpretation of Flying Point’s ‘Sound of an Angel’, released on Animate Dummy Recordings earlier this year.

Masterton isn’t a producer who racks up releases, but when he puts his name to something he makes it count. His take on Flying Point’s track totally transforms it, taking the original melancholy slice of melodic techno and turning it into a short but incredible sweet piece of orchestral electronica. The piano leads the way here, with a delicate but catchy hook, and around that Masterton builds layers of soothing sounds, heavy bass tones, and crisp percussion that manages to hover nicely between breaks and housier rhythms. It seems unlikely to set many dancefloors alight, but that’s not really the point – it’s five minutes of perfect ‘me-time’.

Very nice stuff from Masterton and Animate Dummy here, which will be appreciated by anyone in need of five minutes of introspection and beauty.

Listen to "Sound Of An Angel (Masterton Remix)" on SoundCloud: